US Indo-Pacific Strategy is Widely Criticized

The Biden Administration’s long awaited Indo-Pacific Strategy (IPS) has finally been released. It contains few surprises. Most of its elements has been announced previously and some are already being implemented. But what is surprising is that it is being widely panned by both liberal and conservative critics.

More generous critics say it is “thin on details, methods and means”. Others explain that its mishmash laundry list style and internal contradictions reflect the “coordination required across US agencies and among countries in the region and beyond to build consensus and include disparate views”. Still others say that it “prioritizes transnational issues over bilateral differences’ and that will be “key to stitching together a mélange of interests in the region”. These observations damn the IPS with faint praise.

But harsher critics say it is based on false assumptions, self delusions, wishful thinking and contradictions and ignores fundamental differences between the interests and values of the core of the region--Southeast Asia and the U.S. Regarding its centerpiece--the approach to China--or some it is too militaristic while for others it is disappointingly “dovish and conciliatory”.

Let’s look at some specifics. It seems to some extent that the U.S. continues to delude itself as to the history of its relationship with the region. The IPS says “For 75 years [since the end of WWII] the United States has maintained a strong and consistent defense presence to support regional peace, security, stability and prosperity”. One critic alleges that this oft-repeated mantra by US policy makers and DC think tank analysts ignores the US role in suppressing Vietnam’s liberation movement and its support of bloody coups and the reign of horrific human rights violators in Indonesia (Suharto), the Philippines (Marcos) and Taiwan (Chiang Kai-shek). This delusion is important because many in the region do not consider these actions to have been ‘in support of regional peace’ and ‘stability’. Indeed, some critics say that given this history and the recent US debacles in Afghanistan and Iraq, the region’s countries are wary of US military involvement. The lesson of the last 75 years for them is that US military involvement often results in failure, chaos and disaster for those countries and regimes that assist it in pursuing its hegemonic interests.

Both hawks and doves generally agree that the goal of the IPS is to contain China’s rise. Indeed the IPS warns that China is "combining its economic, diplomatic, military, and technological might as it pursues a sphere of influence in the Indo Pacific and seeks to become the world's most influential power." It predicts that “our collective efforts over the next decade will determine whether the PRC succeeds in transforming the rules and norms that have benefited the Indo-Pacific and the world”.

The IPS intends to prevent China’s hegemony by building greater coordination with allies and partners “across war-fighting domains” to ensure allies can dissuade or defeat aggression in any form” including attempts to alter maritime boundaries or undermine the maritime rights of other nations. “We will focus security assistance on the Indo-Pacific, including building maritime capacity and maritime –domain awareness”.

But critics say that the US emphasis on a militarist approach is not welcome by many countries. They argue that the US build up of its military presence and its thinly-veiled threats to use force against China in the South China Sea make ASEAN members very nervous because of the collateral damage they may suffer from a kinetic conflict.

The IPS will “limit China’s assertive behavior by incorporating a multilateral approach with like-minded partners to strengthen existing norms, rules, and institutions in the region rather than confronting it directly”. This means that its success depends on the US network of security allies and partners and their willingness to go along with it in confronting China. But critics say this remains in doubt, particularly in the South China Sea, for non-aligned India, constitutionally- restrained Japan and many ‘neutral’ Southeast Asian states, including so-called allies the Philippines and Thailand.

The IPS states that "Our objective is not to change China but to shape the strategic environment in which it operates, building a balance of influence in the world that is maximally favorable to the United States, our allies and partners, and the interests and values we share”.

But critics say that few countries in the region share core US values. They point out that ASEAN countries like Brunei, Cambodia, Laos, Myanmar, Thailand and Vietnam do not share Western democratic ideals like freedom of the press, freedom of speech, and free and fair elections. This was underscored by the fact that the only Southeast Asian countries invited to the Summit for Democracy were Indonesia, Malaysia, the Philippines, and Timor-Leste. Behind the verbal veil, the IPS is essentially saying that the US-Southeast Asia commonality is fear of China. But the critics argue that some Southeast Asian states like Cambodia and Laos have made their accommodations with China and do not fear the neighbor and that others will continue to hedge between the two powers because of their national economic interests – not values. Moreover, the recent turmoil and stultifying divisions in US politics undermine the attractiveness of US “democratic values”.

The IPS states that the U.S. “will be a partner in strengthening democratic institutions, the rule of law, and accountable democratic governance.” This will be accomplished “through investments in democratic institutions, a free press, and a vibrant civil society.” But critics say this may be seen as an intent to interfere in their internal affairs--something that goes against basic ASEAN principles and will not be welcomed by most Southeast Asian countries--even those US deemed democracies.

The critics also point out that ASEAN and the U.S. have fundamentally different visions for the region. The U.S. vision of an implicitly anti-China, security-oriented Free and Open Indo-Pacific contrasts with ASEAN’s inclusive [including China], less militaristic Outlook on the Indo-Pacific.

They maintain that there are contradictions between US rhetoric supporting ASEAN’s aspiration of centrality in regional security affairs and its actions. The IPS says “We endorse ASEAN centrality” and intends to contribute “to an empowered and unified ASEAN”. But it also states that then the means of accomplishing IPS goals will be by “strengthening the Quad and delivering on its commitments”; and “supporting India’s continued rise and regional leadership”. Critics claim that trying to achieve these objectives simultaneously could create insurmountable tensions .

The IPS gives the Quad and AUKUS as examples of its implementation. But critics say that the US and its partners undertook these actions in part because they perceived that ASEAN has been ineffective in dealing with regional security issues like the South China Sea dispute. They suggest that the U.S. will have to explain satisfactorily to a skeptical ASEAN how its pledge to support ASEAN unity and centrality will mesh with its commitment to “deliver on the Quad” and its promise to support the rise of India and its influence in the region.

Some critics hold out hope that the forthcoming National Defense Strategy and National Security Strategy will address what they see as deficiencies. One says “any Indo-Pacific Strategy that does not directly identify the China threat and offers a comprehensive strategy for addressing it is no Indo-Pacific Strategy at all”. While this seems extreme, it is indicative of how far the administration would need to go to satisfy some of its critics. 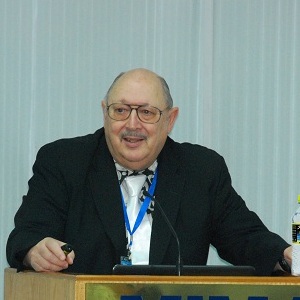