When Maritime Militia Vessels Get Armed

It is not unusual that militia could be equipped with military weapons to support or replace regular military forces in warfare. While in peacetime, this practice is very rare. As a paramilitary unit, nothing in international law prevents Vietnam to equip the militia vessels with military weapons. However, the use of those heavy weapons may blur the lines between private use, law enforcement activities and the use of such weapons in hostilities. It is likely to escalate the conflicts and thus threat the peace and stability of this region. Meanwhile, the presence of deadly weapons on militia vessels would bring significant risk to the safety of the personnel and the vessels of law enforcement authorities.

Ⅰ. The “Double-Hat” of the Vietnamese Maritime Militia

Pursuant to Vietnam’s 2019 Law on Militia and Self-Defense Force, the Vietnamese maritime militia is part of Vietnam’s armed forces, and “do not escape production and work.” It is deployed to assist the regular military units and the law enforcement authorities to fulfil national interest missions, such as “to protect national sovereignty and border security, islands, waters and back zones of Vietnam”, and other law enforcement activities, such as combating crime, search and rescue, environmental protection, etc.. As the Spokesman of the Ministry of Foreign Affairs mentioned, “safeguarding the country’s maritime sovereignty and maintaining security, order, and safety on seas and islands”. Thus, the private hands of Vietnamese maritime militia are authorized to hold some public functions, like law enforcement and military operations. The “double-hat” might blur the line between the private activities and the public functions.

According to the relevant report, the TK-1482 class militia vessels are equipped with weapons including “the large caliber heavy machine gun of the NSV” and have reinforced bows and steel hulls. It is more akin to “professional” militia vessels that “rarely get to fish” but focus on “safeguarding the country’s maritime sovereignty and maintaining security, order, and safety on seas and islands.” However, it still cannot be taken as the warships and other government ships operated for non-commercial purposes unconditionally. Many commentators have indicated the challenges brought by defining the militia vessels as “other government ships operated for non-commercial purposes” due to their fluid and hybrid nature.

II. The Unclear Nature of the Use of Weapons and the Dilemma of Making Decisions for Response

The hybrid nature of the maritime militia has implications for the identification of the legal status of its activities, especially when the weapons on the vessels are used. In practice, it is difficult to identify whether the use of weapons by maritime militia took place in the context of conduct for private ends, law enforcement activities or military operations. The jurisprudence of the international adjudication on the distinction between military operations and law enforcement activities may shed light on this issue.

Thus, the unclear nature of the use of weapons on militia vessels would place those decision-makers and commanders of other coastal states into a dilemma of deciding how to respond to their activities, especially whether to escalate in response. If the use of weapons on militia vessels could be categorized as use of force against law enforcement or conduct for private ends, it is not appropriate for those authorities to take no action in response. However, if the use of weapons would be characterized as assisting the Vietnam’s regular law enforcement authorities and navy vessels, escalating violence as a response would exaggerate the situation, or could even trigger an international armed conflict in this region.

III. The Possible Maritime Security and Safety Problems in the Region

The use of weapons on the well-equipped militia vessels would entail the risk of causing significant harm to regional security and stability. It is obvious that the unclear characteristics of the use of weapons would bring some troubles for determination of the response measures, and thus lead to the misjudgment of the situation and trigger the escalation of the conflict. Further, although maritime militia are supposed to have military training, they do not compare to the regular forces, especially in dealing with those emergencies. It is a great challenge to the conflict management mechanism in this region.

Moreover, the heavy weapons on militia vessels would be a threat to the safety of other vessels, including the personnel on those vessels. In the South China Sea, there are some incidents between Vietnamese fishing vessels and other coastal states’ law enforcement vessels every year. From the pictures released, those well-equipped militia vessels are same as other normal fishing vessels from their appearance. It would be very dangerous to the safety of the personnel on law enforcement vessels, because they are not aware of the possibility of the use of weapons from those vessels. Once they realize the vessels are equipped with heavy weapons, the law enforcement activities would be escalated to all the fishing vessels, no matter whether they are equipped or not.

Last but not least, it is possible that militia weapons could be deployed for private ends, which would be a great challenge to the maritime security of the South China Sea.

Since the 1990s, all the claimants in the South China Sea have kept restraints on using force towards other parties. Over that time, although separated by territorial and maritime disputes, the ASEAN member states and China cherished the general peace of the region. Obviously, the militia vessels with heavy weapons will run in the opposite direction of that goal, which may even end the peace in the South China Sea. The maintenance of the peace and stability of the South China Sea needs the joint efforts of all the coastal states to restraint their conducts, manage the conflicts and promote practical cooperation. 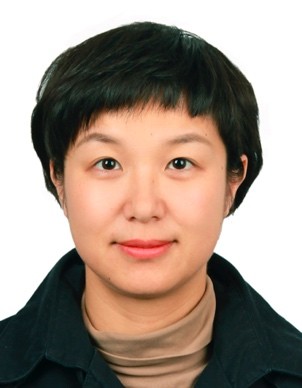 Lei Xiaolu, is currently an associate professor in China Institute of Boundary and Ocean Studies (CIBOS), Wuhan University, and vice director of SCSPI. She obtained her LLM degree in 2009 and PhD Degree in 2012 from Wuhan University specialized in international law. In 2017, she was a visiting scholar at S. Rajaratnam School of International Studies (RSIS), Nanyang Technology University of Singapore. Her research interest covers the area of pacific dispute settlement mechanisms, especially the peaceful settlement of the South China Sea disputes, China’s maritime law and policy, and the legal issues in the law of the sea and general international law.