On December 18, the U.S. Navy, U.S. Marine Corps, and U.S. Coast Guard (USCG) jointly released a maritime strategy report entitled “Advantage at Sea: Prevailing with Integrated All-Domain Naval Power”, accusing China of conducting aggressive maritime operations in the South China Sea and attempting to build an international order in its favor. The report claimed that the services would counter the “Chinese threat” by increasing projection of naval power and strengthening cooperation with the U.S. allies and partners. On Oct. 23, U.S. National Security Adviser Robert C. O’Brien said in a statement that the USCG would homeport significantly enhanced fast response cutters in the Western Pacific as well as counter China’s illegal fishing in the South China Sea and its harassment of vessels operating in the “exclusive economic zone (EEZ)” of other countries. Also, as early as June 2019, US Coast Guard Pacific Area Commander Vice Admiral Linda Fagan claimed that the USCG would help littoral states in the South China Sea, particularly the Philippines, protect “their own EEZ enforcement” and also send two cutters to deploy in the South China Sea to enhance capacity building in fisheries enforcement for littoral states. In July 2019, USCG service head Adm. Karl Schultz also said that the Coast Guard would increase its presence and deployment to Asia and may invite allies such as Australia, New Zealand, and Japan to come on board in the future.

It was a new U.S. initiative since 2019 to counter China’s “grey zone” tactics by sending USCG vessels to operate in the South China Sea. The legal basis for such operations, the rights and duties of the USCG, what other options the USCG has in the future are issues that might impact the whole maritime security environment of the South China Sea the future.

Why did the USCG come all the way to the South China Sea?

The USCG is an important part of the U.S. armed forces and the world’s largest and most advanced maritime law enforcement force. It operates under the U.S. Department of Homeland Security during peacetime, and can be transferred to the U.S. Navy under the Department of Defense by the U.S. President at any time, and Congress also has the right to change the command of the USCG in wartime through a transfer resolution. It is undoubtedly a globally deployable armed force given its operational capabilities. In January 2019, the United States sent USCGC Bertholf, USCGC Stratton and USCGC Mellon respectively to the Western Pacific, under the command of the 7th Fleet. During this period, they went through the South China Sea and Taiwan Strait either alone or along with naval vessels; and they also conducted joint exercises with maritime law enforcement forces from the Philippines, Malaysia and Indonesia. Maritime patrol aircraft attached to the USCG were also deployed to Misawa Base in Japan for a while in June, 2020.[5]

The Activity Map of the NSCGC Bertholf in West Pacfic, 2019

The international law that governs maritime law enforcement activities is first and foremost the 1982 United Nations Convention on the Law of the Sea (hereinafter referred to as the UNCLOS). It defines the rights and responsibilities of States with respect to the use of the oceans. Article 56 of the UNCLOS provides that in the EEZ, the coastal state has sovereign rights for the purpose of exploring and exploiting, conserving and managing the natural resources of the waters superjacent to the seabed and of the seabed and its subsoil. Article 73 gives coastal state the right to make domestic laws and regulations, and the right to take enforcement measures such as boarding, inspection, and arrest. Since the United States does not have any territory in the South China Sea, it does not enjoy any maritime entitlements generated from the territory. Therefore it does not enjoy any sovereign rights as a coastal state to conduct law enforcement activities for the purpose of conserving and managing the natural resources such as fisheries.

Second, the USCG enjoys navigational rights governed by the UNCLOS and general international law. As the fifth largest U.S. armed forces, the USCG is under the command of the U.S. Navy when conducting “freedom of navigation” operation. The regulation of the UNCLOS to military activities at sea mainly focus on the navigational regime of warships, such as the right of innocent passage in territorial waters, the right of passage through archipelagic sea lanes, and the right of transit passage through international straits. According to the UNCLOS, USCG vessels enjoy the right of navigation in the South China Sea, which is also restricted to a certain extent by coastal states. At the same time, they should also pay due regard to the legal rights of other countries under the UNCLOS.

Moreover, the domestic legal basis for USCG enforcement includes the Coast Guard Act, the Coast Guard Establishment Act, the Coast Guard Authorization Act, the USCG’s maritime strategy and others. According to the Homeland Security Act, the missions performed by the USCG mainly include homeland security missions of ports, waterways and coastal security, drug interdiction, migrant interdiction, defense readiness, etc., as well as non-homeland security missions of ship safety, search and rescue, aids to navigation, living marine resources, marine environmental protection and biological resources. It enjoys the sovereign rights of exploration and development, conservation and management, and therefore has the right to make administrative and criminal regulations on fishing permits, limits, fishing vessels and fishing gear, and exercises jurisdiction over illegal fishing by foreign vessels.

What options does the USCG have in the future？

Since 2019, USCG activities in the South China Sea have been conducted primarily under the command of the Navy's 7th Fleet in conjunction with Navy warships. In the future, they will also continue to sail with the Navy or on their own to conduct FONOPs. Also, special circumstances cannot be ruled out. For example, if USCG vessels encounter collisions or fishermen or other persons in the water due to weather and other unforeseen factors while operating in the South China Sea, rescue operations can be conducted in accordance with the obligation to rescue persons in distress at sea.

It is worth noting that if the United States wants to counter China’s activities to assert its claims to the South China Sea through USCG’s activities there, one possible approach is to conduct maritime law enforcement activities by signing bilateral agreements with coastal states. For example, the United States has enhanced maritime law enforcement cooperation with Pacific Island nations through the Shiprider Program since 2010, and has signed 11 agreements with the Cook Islands, Federated States of Micronesia, Fiji, Kiribati, Nauru, Palau, Marshall Islands, Samoa, Tonga, Tuvalu, and Vanuatu. Under the Shiprider Agreements, local law enforcement officials from coastal states may board USCG vessels and aircraft to conduct enforcement activities in the EEZ of coastal states and may board and search vessels suspected of violating laws or regulations. Effective crackdown on Illegal, Unreported, and Unregulated (IUU) fishing is a priority in these agreements. In April 2019, the U.S. also convened a multilateral fisheries enforcement symposium with the 10 Pacific Island nations that have signed the Shiprider Agreements.

Recently, the United States has also stirred up in the international media on illegal fishing by Chinese vessels around the world, and claimed it would crack down on IUU fishing in the Indo-Pacific region, in an attempt to create a conducive atmosphere for the USCG to take actions against China. On October 21, the U.S. released a strategy report on the USCG’s Pacific operations and crackdown on IUU fishing. Coast Guard Commandant Admiral Karl Schultz pointed the finger at some 300 Chinese fishing vessels in the Galapagos Islands in Ecuador's EEZ, claiming that illegal fishing activities threaten geopolitical stability worldwide and the United States would combat illegal fishing with more targeted enforcement actions through cooperation with coastal states.

It can be assumed that based on the current U.S. policy towards the South China Sea, and the arbitral award as the legal basis, and the mutual trust between the USCG and the maritime law enforcement agencies of Southeast Asian countries over the years, the U.S. may conduct maritime enforcement operations in the “EEZ” unilaterally claimed by other coastal states in the South China Sea by signing Shiprider Agreements with them.

The legality of the USCG cooperation its implication to regional security

It must be clarified and emphasized that sovereignty of the Nansha Islands (Spratlys) remains unresolved, and China, Vietnam, the Philippines, Malaysia and Brunei have overlapping maritime claims generated from those features. Pending maritime delimitation, it is difficult to determine the EEZ of all littoral states and whether there exist any high seas in the center of the South China Sea. Regardless of how the United States would act according to the arbitration award, China’s territorial and maritime rights and interests in the Nansha Islands (Spratlys) cannot be denied, and the existence of sovereignty and maritime disputes in the waters of the Nansha Islands (Spratlys) cannot be changed. In this sense, it is not legitimate for the claimant states to cede to the United States the right of “it’s EEZ” that are actually disputed waters.

Although senior U.S. officials have repeatedly said that they will deploy USCG forces in the South China Sea on a permanent basis, the possibility is low for the United States to deploy the USCG on a large scale in the future due to financial constraints. The USCG may stir up the waters in the South China Sea through new means in the name of fisheries enforcement cooperation, to challenge China’s South China Sea claim, and to hedge China’s maritime activities. This will be an important option in the toolkit of the South China Sea policy of future U.S. administrations. 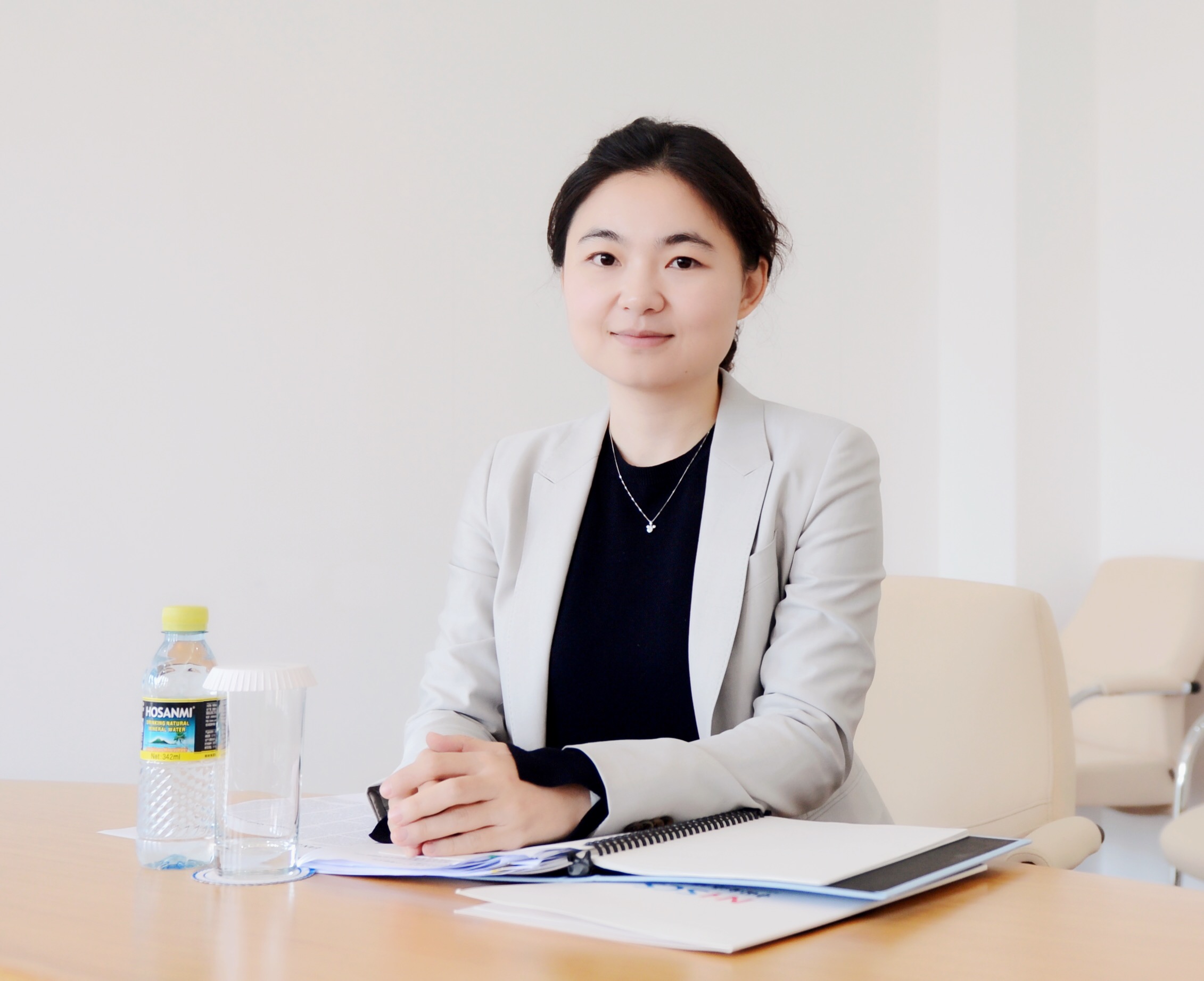 Yan YAN, Director of the Research Center of Oceans Law and Policy in the National Institute for the South China Sea Studies (NISCSS) and vice director of SCSPI. She receives her PHD in the University of Hong Kong on public international law and her M.S. degree from London School of Economic and Political Science (LSE). Her research interests covers areas of the law of the sea, maritime security in the Asia-Pacific, China’s maritime law and policy and the South China Sea. Her recent publication includes Code of Conduct: Negotiation History and the Way Forward, Maritime Confidence-building Measures: Assessing China-US MOU on Notification of Major Military Activities and Rules of Behavior, Philippines vs. China Arbitration: China’s Diplomatic Policy Options and Future Prospects; The US Underwater Drone is not Entitled to Sovereign Immunity; Marine Date Collection: Difference Interpretation between China and the United States; State Practice of Joint Development in Waters of Overlapping Claims, etc.