Japan has always been highly sensitive about the sovereignty of the Diaoyu Island and the East China Sea. Now its focus has extended to all China-involved maritime issues, with the Japanese media and government stepping in almost all maritime hotspots involving China. The Japanese media are not only more eager than their international peers to report China-related maritime issues, but also are active in creating controversies by exclusive revelation. The Japanese government, disregard of causes and consequences of an incident, links the East China Sea with the South China Sea on all occasions, being obsessed with showing concerns over and oppositions to China’s “aggravating tensions”. This hype of China-related maritime issues and the unjustified playing-up of China’s acts generates a feeling that the Japan hopes something to go wrong and tries depicting China as a “bully”.

Since Suga Yoshihide and his administration came to power, the Japanese media and government have become more restless in hyping China-related maritime issues. To raise domestic attention on the defense of islands southwest of Japan, an article published by Nihon Keizai Shinbun on April 2 trumped up the “nightmare” of Chinese fishermen landing on the Diaoyu Island, claiming that “20 thousand Chinese will move to the islands”, which could fan up conflicts. The Japanese government are even more aggressive on blaming China than the United States. In January, Japan submitted a diplomatic note to the United Nations, alleging that “China attempted to restrict the freedom of overflight in the South China Sea”, a much more high-profile move than what the Philippines and the U.S. did. In March, the Ministry of Defense of Japan released a report entitled China’s Activities in the South China Sea, making Japan the first country to reveal Chinese military features and trends in the region.

Japan’s Chief Cabinet Secretary Kato Katsunobu publicly expressed strong opposition to China’s flaring up tensions over the South China Sea on a press conference only two days after the Philippines claimed that more than 200 fishing vessels gathered near the Whitsun Reef, making Japan together with the U.S. the only two outsiders voicing their opinions on this incident.

To be specific, Japan utilizes three ways to hype up.

Though it is reasonable for Japan, as China’s maritime neighbor, to pay close attention to China’s maritime policy, the Japanese media and government have made narrow-minded and distorted interpretations of the Coast Guard Law of PRC and other policies, fanning up domestic fear of China. Japan raised the loudest voice against the Law. In early November 2020, hardly had the draft of the Law released when the Sankei Shinbun, the Japan Times and the like claimed China authorized its coast guard to use force to settle the issue of the Diaoyu Island. After the Law took effective, the Japanese media analyzed China’s possibility of launching military actions based on subjective interpretation of China Coast Guard’s activities around the Diaoyu Island, however, they turned a blind eye on the fact that Japan itself had authorized its coast guard to use force under Article 20 of the Japan Coast Guard Law. The Japanese government also gave focus on the Coast Guard Law of PRC during the Japan-U.S. Security Consultative Committee (2+2), attempting to define the Law as “disruptive developments in the region” in the joint statement. Similarly, the Japanese media and government, more often than not, described fishing vessels engaging in normal operations in the East and the South China Seas as “maritime militia”, exaggerating China’s maritime forces and smearing China’s maritime activities.

The U.S. has been taking a vague attitude towards sensitive issues relating to the Diaoyu Island and the Taiwan issues. However, the Japanese government has repeatedly asked the U.S. to confirm that the Treaty of Mutual Cooperation and Security between the United States and Japan applies to the Diaoyu Island where the U.S. military is obligated to defend. Though the Joint Statement of the U.S.-Japan Security Consultative Committee (2+2) only underscored “the importance of peace and stability in the Taiwan Strait”, Kyodo News, quoting so-called sources from the Japanese government reported on March 21 that the talks affirmed cooperation plans between Japan and the U.S. in case of an emergency in the Taiwan Strait, such as the possibility of Japanese Self-Defense Forces cooperating with U.S. forces defending Taiwan.

Besides, the Japanese government has fabricated “the China Threat” beyond the U.S.-Japan Alliance framework. In the diplomatic note presented to the United Nations in January, Japan made compliments that “China protested the overflight of Japanese aircraft in the airspace surrounding Mischief Reef”,“(China) restricted the freedom of overflight over the South China Sea”, alleging that the territorial sea baselines that China drew in the South China Sea “not satisfy the conditions stipulated under UNCLOS”. This was a deliberate incitement to controversy with extremely malicious intentions. In the first Quad summit held on March 12, Japanese Prime Minister Suga Yoshihide expressed “deep concern” about the possible use of force that the China Coast Guard would employ against foreign vessels and “strong opposition” to China's “unilateral attempts to change the status quo” in the East and South China Seas.

Fabricating disinformation that could lead to contingencies

Media in Japan tend to be “well-informed” about China’s maritime disputes, frequently releasing “breaking news” with scarce verification. On May 12, 2020, Kyodo News “revealed with cited sources” that China’s People’s Liberation Army was planning to conduct “a large-scale landing exercise with the aim of one day capturing the Dongsha islands” in the South China Sea in August. This rumor made a big splash, attracting wide press coverage within the international community, hence arousing panic and anti-mainland sentiment across Taiwan. The Taiwan authorities also deployed the Marine Corps to Dongsha Islands in the name of “training programs” to defend against “stimulated invasion”.

Early in August, Kyodo News published another exclusive that “the Chinese military acknowledged for the first time the simulated invasion of the Dongsha Islands”, which was then denied by its “source” itself. As the Japanese media like the Nikkei and the media in Taiwan like the Liberty Times followed suit to hype, the Taiwan Marine Corps have dispatched additional companies of troops to the Dongsha Islands and conducted military exercise. Apparently, the groundless fabrications of PLA holding military drills against the Dongsha Islands not only created tensions, but also altered the defense situation on the islands, and deepened the hostility between the two sides of the Taiwan Strait at a special time, which may result in unexpected consequences.

The Japan Times hyped 'drill against the Dongsha Islands'

Similarly, after the Philippines asserted that dozens of Chinese vessels had been moored around the Whitsun Reef, the Japanese media immediately followed on with exaggerated reports, and the Japanese government also declared “strong opposition” in disregard of China’s explanation of “civilian fishing boats sheltering from the wind”. In fact, both the U.S. and Japan possess high situational awareness in the South China Sea, and they “know well” what’s going on. After Japan-Indonesia 2+2 security talk held in Japan, the Japanese media including Kyodo News reported that “the two sides strongly oppose any actions from China that may increase tensions in the East and South China Seas” and shared “concerns about China’s promulgation of the Coast Guard Law”. China’s Foreign Ministry spokesperson made early clarification and asked relevant Japanese media to “stop fabricating disinformation, and refrain from inciting confrontation and creating tensions between regional countries.” 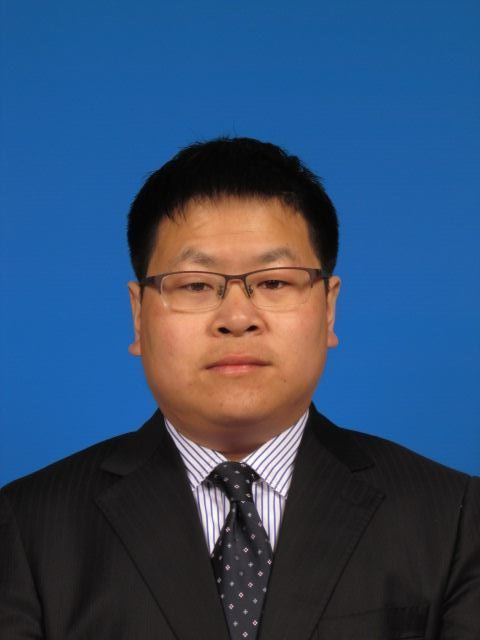