Introduction: Issues with a Philippines view of its Territory

“Spain ceded to the United States the archipelago known as the Philippine Islands, and comprehending the islands lying within the following line...”[1]

——Article III, Treaty of Peace between the United States and Spain, 1898.

Recently, the war of words that continues to create volumes for followers of the South China Sea dispute was taken in a new direction. An architect of a widely accepted Phillipines public perception today, Justice Antonio T. Carpio, wrote recently of the potential for an International Court of Justice ‘ICJ’ binding voluntary arbitration that should involve all parties to what he called the territorial dispute. Citing a historic source from 1734, it is claimed that the Philippines has: “The oldest documentary evidence of sovereignty over the Spratlys.”[2] From the wording of the opinion piece, it might be thought this was a new finding, however Justice Carpio was aware of the Murillo Velarde map in October 2018, when three examples were shown to the Manila section of the 36th International Symposium of the International Map Collectors Society that he attended.[3] This view builds on an earlier eBook; The South China Sea Dispute: Philippine Sovereign Rights and Jurisdiction in the West Philippine Sea, which also utilised inaccurate map reading in an attempt to attribute sovereign claims.[4] Utilising texts and other information of public notoriety in a wide-ranging study of the Philippines from legal and historical standpoints, this series of articles challenges that view, and additional claims that this map attributes any Spratly Islands sovereignty rights to the Philippines via the 1898 Treaty of Paris or its later clarifications with Spain, Holland, and Great Britain in 1900, 1928, and 1930.[5] In addition, it considers aspects of Phillipines territorial waters claims through US Colonial era laws, which exhibit how the US thought of the imaginary lines in the 1898 Treaty, following the description in Article III: “Comprehending the islands.”[6] In an era when the Phillipines were not politically or legally defined as supposed, this study finds the basis for dispute that is claimed by Justice Carpio falls to the ground.

The study is separated into four parts, each with their own distinct approaches and eras. There are the historical claims made to the 2016 Tribunal in Philippines v China, ‘The 2016 Tribunal Issue’. Claims made by Justice Carpio in May 2021 concerning the relevance of a 1734 map, the Murillo Velarde, which reflect on the Philippines actual territory, as defined one hundred and sixty-four years after the map was drawn and continued through the maritime laws enacted in the Philippine Legislature, ‘Philippines Territorial ‘Rights’, Treaties, and the 1935 Constitution’. The period in the 1930-40’s when Japan expansion into the Spratly Islands took place on a large scale, and independence was of primary interest, a development interrupted by the Second World War, ‘Japanese expansion in the Spratly Islands and Independence’. A historical view, before the 1898 Spanish-American War when Spain formed the Philippines into an entity on paper that the US accepted, even though neither State was to be in physical control of the archipelago until the 20th century, and then only tenuously; ‘The Formation of the Philippines’. Finally, ‘The Findings of Surveyors’ examines the public navigational record, information detailed in Directories and Pilots used to navigate the seas, primarily those created by the East India Company, the Royal Navy, and later, the US Navy, when it began to create its own records, rather than rely on data collected by others, primarily the East India Company and Royal Navy. Overall, this cross disciplinary approach, focused primarily on history, law, and international relations, provides a view of the Philippines that does not match todays perception.

Justice Carpio has separated the South China Sea dispute into two distinct areas, which is part of a strategy that has been undertaken in the wrong order for an equitable result.  In an opinion piece published recently by the Philippine Daily Inquirer, Justice Carpio stated:

However, in 2016, Justice Carpio stated to ASB-CBN News, another Filipino news channel: “Reed Bank is off Palawan but it is not part the Spratlys anymore.”[8] There is no mention of the Philippines so-called ‘Kalayaan Islands’, which the Philippines Government claimed were distinct in 2011, in response to a 7th May 2009 Chinese statement.[9] The Spratly Islands, the islands known in hydrographic circles as part of the Dangerous Ground that contains islands, reefs, banks, and other features, is the name which identifies the entire archipelago in public perceptions.[10] This is visible in Justice Carpio’s 2016 statement, which exhibits the ordinary meaning of the Spratly Islands as a geographic entity.[11] The problem with this perception is that the two issues have become inseparable, in part because of changing Filipino views and claims regarding its territory and waters, leading to the statement that Reed Bank is not part of the Spratly’s any more is a bid to separate the bank from the territorial question.[12] Instead of the view from the land, which in Western perceptions dominates the sea, that could have been considered first and settled multiple sovereignty claims, the strategy behind the initial Phillipines approach under the United Nations Convention on the Law of the Sea ‘UNCLOS’, which relied in part on a carefully crafted narrative, was to create a perception that the whole issue was settled if the Philippines prevailed, rather than a small part of the maritime problem.

A major reason for the dispute is the question of oil and gas reserves, an area of great interest for the Philippines after independence was gained in 1946. Rodolfo Severino notes:

The Philippines question of sovereignty over the Spratly Islands is in part due to the potential for fuel resources, an issue began to arise in the 1930’s. Justice Carpio’s purpose has in part an attempt to achieve Philippines domination in the region to its West with this aim in mind, creating a public perception through the utilisation of old maps of questionable accuracy is a part of the strategy, leading to claims that other States may be ‘stealing’ resources.

This narrative can be challenged on three grounds. First, claims brought before the 2016 Tribunal initiated under the UNCLOS and the findings that resulted from them, showing there was a narrative that ignored recorded and well known history.[14] Second, claims to attribute Phillipines sovereign rights to a 1734 Spanish map, known as the Murillo Velarde, drawn before Spain was ceded the island of Palawan by the Sultan of Brunei, followed by its initial Spanish occupation on 30th April 1753.[15] Third, the findings of independent sources, which the Tribunal relied upon in making its Award, that present a completely different narrative, based on historical information recorded by two organised States, the United Kingdom of Great Britain, and the United States of America. The results given by these three grounds finds that Justice Carpio is incorrect in his claims of historical Philippine territorial integrity, continuity, or the status of the islands and waters surrounding the Philippines, and in the South China Sea.

Close-up of section showing the location point of Campa

[4] Note: For example; page 20, Map 1 1612 China Regio Asie is claimed to show the “Champa Sea”, when it refers to the land location of what was by then a minor polity reliant on the interregional Chinese junk trade, as evidenced by the location circle to its west (left). Taylor described Champa: “Champa is a generic term for the polities organised by Austronesian speaking peoples along what is now the central coast of Vietnam. Chinese perceptions of these polities have been preserved and have ascribed to Champa greater coherence and continuity than other evidence will support. What is generally understood as Cham history is a twentieth century rationalisation of scraps of evidence from inscriptions and Chinese sources.” This is also borne out by John Ferrers 1617 letter to Richard Cocks in Hirado, Japan, Frederick Charles Danvers describing Champa in a footnote: “Champa is a somewhat vague term, denoting generally the country at the mouth of the Mekong river, in Indo-China.” For map, see appendix, for translations of Japanese records concerning junk trade reports from Chinese navigators mentioning Champa, see the Tôsen Fusetsu-gaki.

“Convention between the United States of America and Great Britain delimiting the Boundary between the Philippine archipelago and the State of North Borneo [1930],” Philippine Government; Official Gazette, (1932).

[12] See generally: Severino, R. C., Where in the World Is the Philippines? Debating Its National Territory (Singapore: ISEAS, 2011).

See also: Republic Act No. 387, 18 June 1949 “An Act to promote the exploration, development, exploitation, and utilization of the petroleum resources of the Philippines; to encourage the conservation of such petroleum resources; to authorize the Secretary of Agriculture and Natural Resources to create an administration unit and a technical board in the Bureau of Mines; to appropriate funds therefor; and for other purposes.”

[15] Note: The documents published in the History of Sulu were placed in an appendix. They were transcribed and translated from original documents held in the Division of Archives, Executive Bureau, Manila. Najeeb M. Saleeby, the author, was a Government Official who among other positions was Assistant Chief of the Bureau of Non-Christian Tribes and in charge of Moro Affairs.

Saleeby, N. M., The Moro Problem: An Academic Discussion of the History and Solution of the Problem of the Government of the Moros of the Philippine Islands (Manila: E. C. McCullough & Co Press, 1913).

Carpio, A. T., “The territorial dispute in the Spratlys,” Philippine Daily Inquirer (15 April 2021). 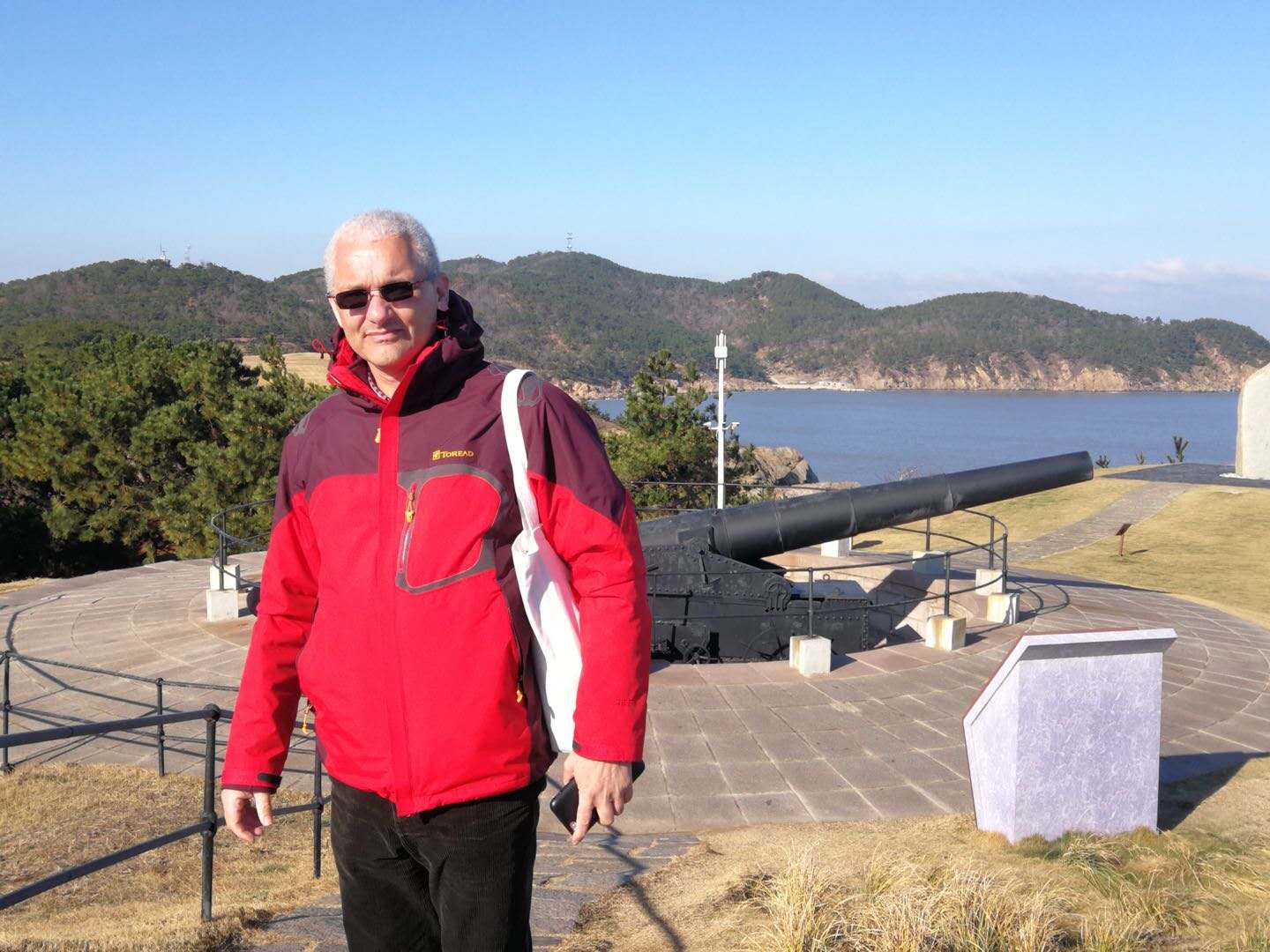 Mark Hoskin is currently writing a thesis in Law (British influences in Late Qing development of Chinese Maritime Law), and has an MA in Taiwan Studies. He is a Lecturer in International Maritime Law, and Early Modern Globalisation, a Fellow of the Royal Asiatic Society, and Member of the London Court of International Arbitration, the Navy Records Society, Society for Nautical Research, Economic History Society, and Society for Anglo Chinese Understanding.