Located between China’s mainland and Taiwan, the Taiwan Strait is a busy channel connecting the East and the South China Sea. Amid increasing tension between the two sides of the strait, some countries sent their naval forces to show their presence in the Taiwan Strait to interfere with the process of China’s reunification. The passage of foreign warships in the Taiwan Strait has also drawn wide attention from the media and the public. In the present author’s view, a distinction should be made between the legality of the passage and its political implication. What is the legal regime of straits in international law? What is the legal status of the Taiwan Strait? Do foreign navy vessels have the right to navigate through it? This article provides a brief overview of these questions.

The 1982 United Nations Convention on the Law of the Sea (hereinafter referred to as “the Convention”) set the maximum width of the territorial sea to 12 nautical miles. As a result, more than one hundred straits used for international navigation will be entirely covered by the expanded territorial sea. For naval powers with nuclear-powered submarines and aircraft carriers, maintaining the stealth of submarines through the straits is essential to the effectiveness of the nuclear deterrent provided by the submarine-launched ballistic missile. At the same time, overflight with the aircraft carriers is also critical to the safety of the fleets passing through the strait. Therefore, the existing “extended innocent passage” will not fully satisfy the interests of these states in passing through the straits because, in any way of innocent passage, submarines are required to navigate on the surface and show their flags, and, overflight over the territorial sea is prohibited. The freedom of navigation and overflight described above prior to the expansion of the territorial sea of the boarding states, on the other hand, is conclusive because high seas routes are left in the strait when the three-nautical-mile territorial sea regime is applied.

A new strait passage regime was created as a quid pro quo for expanding the territorial sea to meet the needs of superpowers at sea. Under the leadership of the United States and the Soviet Union, the Convention responded to this in Part III, “Straits used for international navigation” (Art. 34-45). The core of Part III is the “transit passage” regime in Section II. The transit passage regime allows “the freedom of navigation and overflight solely for the purpose of continuous and expeditious transit of the strait.” It does not require submarines to navigate on the surface and to show their flags. This “transit passage” applies to “straits which are used for international navigation between one part of the high seas or an exclusive economic zone and another part of the high seas or an exclusive economic zone.” The context, as well as the object and purpose of Part III, suggests that it only applies to “straits formed entirely by territorial waters of the bordering state(s).” In particular, Art.36 of the Convention provides that the right of transit passage does not apply to a strait that contains a route through the high seas or through an exclusive economic zone, provided that the route should be of similar convenience with respect to navigational and hydrographical characteristics. Article 36 provides:

This Part does not apply to a strait used for international navigation if there exists through the strait a route through the high seas or through an exclusive economic zone of similar convenience with respect to navigational and hydrographical characteristics; in such routes, the other relevant Parts of this Convention, including the provisions regarding the freedoms of navigation and overflight, apply.

The freedom of navigation and overflight in the routes of the high seas or exclusive economic zone in the straits as mentioned above should be at least no less than the rights and freedoms enjoyed by foreign warships and aircraft in exercising the right of transit passage, including the right of passage without prior notification and authorization, the normal submergence of submarine and overflight of aircraft. In contrast to “transit passage,” passage through “routes” under Article 36 does not even require “continuous and expeditious transit.” However, the territorial waters in such straits are no different from other parts of territorial waters, in which only the right of innocent passage applies. Under Art.36 of the Convention, warships may encounter problems if they choose not to use the said “route” but to pass through the territorial waters of that strait.” The interpretation of the Convention and state practice is controversial as to whether the foreign warships hold the right of innocent passage in a regular territorial sea.

On the one hand, straits under Art.36 of the UNCLOS cater to the concerns of naval powers, who can exercise freedom of navigation through the high sea/EEZ route in the strait not inferior to the right of transit passage. On the other hand, the traditional “innocent passage” regime is retained in the territorial waters of the bordering states so that the coastal states can request submarines to navigate on the suffice of the water and show their flags, and prohibit overflight. It explains policy consideration for Japan to deliberately claim a territorial sea up to 3 nautical miles in its Law on the Territorial Sea (Law No. 30 of 2 May 1977) for the five straits used for international navigation (under the UNCLOS, the maximum breadth of the territorial sea is 12 nautical miles). By creating a corridor of the high sea/EEZ in the middle of these straits, Japan maintains restrictions on the navigation of submarines and overflight of aircraft within three nautical miles of the straits.

The legality of passage through the Taiwan Strait is one thing, using the passage for political maneuvering and provocation is another. U.K.’s warships passage through the Corfu Channel, no doubt they held such right of extended innocent passage as the Court announced, was complicated with U.K.’s practicing gunboat diplomacy and causing unrest. The passage of British warships has become an issue for discussion in the UN Security Council. The recent passages of foreign warships through the Taiwan Strait with blatant remarks deserve China’s attention on the timing, frequency, and manner of such passages. We shall condemn the passages as they undermine the peace and stability of the Taiwan Strait. 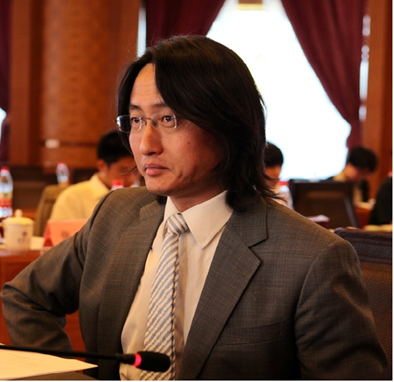 Zhang Xinjun, Professor of Tsinghua University. He is a member of the Executive Council of the Asian Society of International Law. His main research interests are in the law of the sea, international environmental law, international dispute settlement, theories of international law, etc.