Is China Ready for a Second South China Sea Arbitration?

Since November 2019, rumors have been circulating quite often that Vietnam is preparing to initiate an arbitration against China on the South China Sea dispute under Annex VII of the United Nations Convention on the Law of the Sea (UNCLOS). In particular, an article published by Asia Times on May 7, 2020 arguing that “Vietnam is believed to be inching towards filing an international arbitration case against China’s expansive claims in the South China Sea, a potential legal response to rising Chinese intimidation and harassment in the contested waterway.” Later on May 15, Vietnam nominated four conciliators under Annex V of UNCLOS, and four arbitrators under Annex VII, including Robert Beckman, Associate Professor of National University of Singapore, Nguyen Hong Thao, member of the International Law Commission of the United Nations and Associate Professor of Diplomatic Academy of Vietnam, Nguyen Thi Lan Anh, Associate Professor of Diplomatic Academy of Vietnam, and Nguyen Dang Thang, Director-General of the National Boundary Commission of the Ministry of Foreign Affairs of Vietnam.

International community is inevitably concerned whether Vietnam will actually file a lawsuit against China, what will their submissions be, and how would China respond. Will China unswervingly hold the “Three NOs” i.e. no acceptance, no participation and no recognition as in the Philippine case? What effect will this arbitration have on the situation in the South China Sea?

Will Vietnam initiate an international arbitration against China?

“We have experience in promoting cooperation to address overlapping disputes through negotiations and other means in accordance with Chapter VI of the UN Charter on the obligation to settle international dispute by peaceful means. We all know these means, which include fact-finding, mediation, conciliation, negotiation, arbitration and international litigation.”

There is analysis saying that Vietnam needs to sue China “to show a resolute attitude towards protecting international conventions” especially the 1982 UNCLOS and would allow the international community to “identify who is right and who is wrong in this matter.” Some believe “perhaps it's time for another UNCLOS arbitration. The only thing that is likely to hold China back is sustained international pressure, including the pressure of law.” However, some scholars noted that senior Vietnamese officials are wary of taking China to arbitration. Even if Vietnam are likely to win the case, it may further destabilize Vietnam-China relations, or even threaten Vietnam’s economic prospects, throwing the country into a precarious strategic position. “Third-party judicial procedures against China remain the last resort for Hanoi”. In fact, some of Le Hoai Trung’s words were somehow neglected by some analysts:

But as you know, concerning the issue of cooperation and settlement of overlapping maritime claims and disputes, Vietnam has given priority to and gained significant achievements through bilateral negotiation with relevant countries.

What submissions will Vietnam make?

Some scholars believe that Vietnam will refer to the South China Sea arbitration case brought by the Philippines for their own requests, such as claiming “China’s historic rights claims in the South China Sea are not supported by international law”, “the nine-dash line is illegal and invalid”, or “there are no fully entitled islands in terms of Article 121 (2) of UNCLOS in the Spratly Islands”. Meanwhile, some argues as the submissions about the nine-dash line, historic rights and legal status of Spratly Islands have already been adjudicated in the Philippine case, Hanoi is supposed to put emphasis on issues such as the straight baselines in the Paracel Islands and legal status of Vanguard Bank. From the author’s perspective, the arbitration award of the Philippine case had by no means any legal effect beyond parties involved, let alone there are dozens of questions around legality and validity of the award. Therefore, while the key focus may be relate to Paracel Islands and Vanguard Bank, the dash line in the South China Sea, the core of dispute between the two sides, will definitely be covered in the potential international arbitration case brought by Vietnam.

Based on the arbitration case brought by the Philippines and previous studies, the claims of Vietnam may include but not necessarily limited to the following:

“China’s maritime entitlements in the South China Sea may not extend beyond those permitted by UNCLOS; China’s claims to sovereign rights and jurisdiction, and to “historic rights”, with respect to the maritime areas of the South China Sea encompassed by the “nine-dash line” are contrary to the Convention and without lawful effect to the extent that they exceed the geographic and substantive limits of China’s maritime entitlements under UNCLOS. Vietnam may ask the arbitral tribunal to directly confirm the relevant finding of the Philippine arbitration award.

China is not entitled to declare baselines surrounding the Paracel and Spratly Islands by making use of the straight baselines under Article 7 of UNCLOS or archipelagic baselines under Article 47; no high-tide feature in the Paracel or Spratly Islands shall be entitled to 200-nautical-mile exclusive economic zone and continental shelf , and maritime entitlements of each high-tide feature in the Paracel or Spratly Islands shall be determined in accordance with Article 121(3) of UNCLOS; low-tide elevations or submerged features in the Paracel, Macclesfield and Spratly Islands are not capable of appropriation and do not, in and of themselves, generate entitlements to any martime zones; China’s land reclamations in the Paracel or Spratly Islands constitute artificial islands that cannot generate maritime entitlements; China’s fishing moratorium has no lawful effect as it violates Article 56 of UNCLOS and infringes upon Vietnamese sovereign rights and jurisdiction; the patrol and law enforcement activities of Chinese coastguard ships in the ‘exclusive economic zone’ of Vietnam violate Articles 56 and 58 of UNCLOS and shall be stopped; China’s geological exploration and maritime scientific research in Vanguard Bank and other waters violate Articles 56, 76, 77 and 246 of UNCLOS and infringe on the sovereign rights of Vietnam; the Ministry of Civil Affairs of China published the ‘standard names’ of 55 undersea geographic entities, among which are within 60 nautical miles from the territorial sea baselines of the Vietnam and fall within its exclusive economic zone and continental shelf, thus infringing on its sovereign rights.”

How will China respond?

Many observers believe that even though Vietnam initiates an international arbitration, China will uphold its “Three NOs” policy in the Philippine case on the South China Sea, which is no acceptance, no participation and no recognition. Nonetheless, some insist that China shall change its strategy to participate in arbitration proceedings. Still, some point out that China may draw experience and learn lessons from the Philippine case and follow what the US did in the Nicaragua Case (ICJ 1986), quitting the procedure after the tribunal confirmed its jurisdiction, but still participating in the formation of the tribunal, as well as procedures relating to jurisdiction and admissibility, in order to occupy an advantaged position.

China is highly likely to step up retaliatory measures outside the tribunal regardless of the uncertainty whether it will present itself in the courtroom, or stick to the standpoint of “Three NOs”. As we noticed, soon after the Philippines initiated the case in 2013, China started the land reclamation in the South China Sea. To some extent, China took it as a countermeasure against the Philippines. Without the Philippines unilaterally provoking the international arbitration, it was hard to imagine China to be determined to construction activities at such a scale. China is the largest trade partner of Vietnam, with turnover exceeding $100 billion for two consecutive years. The two countries have built close economic ties and relatively stable relationship between the ruling parties and military to military. If Hanoi were to persist in willfully and arbitrarily, not only bilateral economic, trade and personnel exchanges would suffer serious setback, the Party, political and military foundations for bilateral relations might also be hit hard.

As a matter of fact, the Vietnamese authorities may have also clearly realized that initiating an international arbitration may only further complicate the situation of the South China Sea, and not necessarily be beneficial to solve the dispute between the two countries. China and Vietnam are natural neighbors, whereas to the US, Vietnam is but a piece in its strategic game.

Firstly, Hanoi is practically making active preparations for the international arbitration on the South China Sea, such as nominating arbitrators and bringing together Vietnamese government officials and scholars with external lawyers and experts to frequently discuss every possible for such arbitrations .

Secondly, Hanoi is keeping up with hyping the international arbitration on the South China Sea issue worldwide, aiming to put more pressure on China and increase their leverage in the negotiation.

Thirdly, western powers such as the US are more proactive and pronounced in Vietnam initiating the arbitration than countries involved, expecting to take Vietnam as an agent against China. International law could once again become a tool of political contests.

Fourthly, senior Vietnamese officials are still relatively cautious about initiating an international arbitration, since doing so under Annex VII of UNCLOS would violate the consensus between the leaders of the two Parties and the two countries, and may even breach relevant duties specified in Article 3 (2) of Vietnam-China Agreement on Basic Principles for Settling Sea-Related Issues.

Fifthly, if Vietnam breaks its oath and acts in bad faith, China may impose tougher sanctions than the ones against the Philippines. All options will be on the table by then. 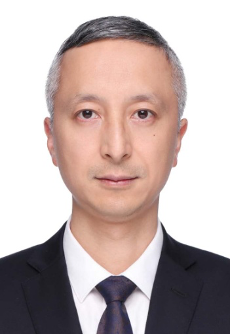 Dr. ZHENG Zhihua is an associate Professor of Japan Research Center of Shanghai Jiaotong University, and Head of East Asia Marine Policy Project. He is also a member of the Professional Committee of Maritime History and Culture Research of the China Maritime Society. He severed as the director of Joint Institute for Maritime Law and History, assistant dean of the School of International Shipping Law at East China University of Political Science and Law (ECUPL), and deputy secretary general of Shanghai Law and Society Association. He joined the board of editorial of China Ocean Law Review and severed as senior editor from 2010 to 2013. He was appointed as Judge of Ningbo Maritime Court in 2004. He got qualification for admission to the Chinese Bar in 1998. He was a visiting fellow of St. John’s College at Oxford University, Institute of Maritime Law at Southampton University and Law Faculty at Göettingen University.