While most countries are struggling to overcome the COVID-19 pandemic and have focused their efforts internally by enforcing national lockdowns and community quarantine measures, China is getting global attention because of most recent incidents in the South China Sea.

One major incident was the encounter between a China Coast Guard ship and a Vietnamese fishing vessel near the Paracel Islands on 2 April 2020.  Since the incident led to the sinking of the Vietnamese boat carrying eight fishermen, the Vietnamese foreign ministry issued a strong statement protesting against China for committing an act that “violated Vietnam’s sovereignty” and “threatened the lives and damaged the property and legitimate interests of Vietnamese fishermen.”

Despite being friendly to China under the leadership of President Rodrigo Duterte, the Philippines expressed deep concerns over the China-Vietnam incident and stressed that such incidents could undermine trust building in the region now seriously suffering from the pandemic.  The Philippines also filed diplomatic protests against China on 22 April 2020 for including parts of the Kalayaan Island Group (KIG) in one of the districts of Sansha City of Hainan Province and for the incident on mid-February 2020 where a Chinese navy ship pointed its fire control radar at a Philippine navy ship conducting routine patrol at the Commodore Reef.

Before these incidents, the United States protested against China’s naval exercises in late March 2020 in areas in the South China Sea where American warships conducted their freedom of navigation operations (FONOPs).  The United States also supported Vietnam’s protest against China and urged Beijing to focus on supporting international efforts to combat the COVID-19 and to “stop exploiting the distraction or vulnerability of other states to expand its unlawful claims in the South China Sea.”

Is China taking advantage of the COVID-19 pandemic to strengthen its foothold in the South China Sea?

At the surface, China may appear doing so as its recent actions occur at a time where most countries are preoccupied with the pandemic problem.

Amidst the pandemic, Vietnam increased its fishing vessels around the undisputed waters of Chinese Hainan and West Malaysia, and submitted two verbal notes  on 30 March 2020 and 10 April 2020 to assert its claims in the South China Sea. Malaysia and Vietnam continue the standoff in the Vanguard Bank where China has recently deployed a survey ship, The Hai Yang Di Zhi 8, supported by other China Coast Guard vessels. China has also named 25 islands and reefs in the South China Sea in its efforts to bolster its territorial claims.  The Philippines also pursues its routine patrol and rotation missions in the Kalayaan Island Group and continues its repair of facilities in Pag-Asa (Thitu) Island. Even Indonesia is continuing its naval patrol of the Natuna Island amidst its efforts to overcome COVID-19.

While fighting the pandemic at home, the United States this week deployed three warships - the USS America amphibious assault ship, the USS Bunker Hill, and the USS Barry - in the South China Sea to balance China’s presence, particularly in waters being claimed by China, Vietnam and Malaysia.  Even an Australian frigate, HMAS Parramatta, has joined the three American warships in this current naval activity.

In other words, the world’s lockdown against COVID-19 is not locking down state activities in the South China Sea.  All the claimants and stakeholders remain vigilant of the situation in the South China Sea where an estimated US$3.37 trillion worth of global trade annually passes through before the pandemic. 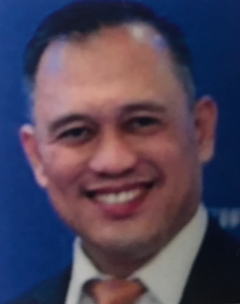 Rommel C. Banlaoi, PhD., is the President of the Philippine Association for Chinese Studies (PACS) and a Professorial Lecturer at the Department of International Studies, Miriam College, the Philippines while serving as the Chairman of the Philippine Institute for Peace, Violence and Terrorism Research (PIPVTR).