Alongside the peaceful and stable situation developing in the South China Sea (SCS) in recent years, China and ASEAN member states are endeavoring to promote maritime cooperation in the region. As a very important aspect in SCS maritime cooperation, fishery management has attracted the attention of an increasing number of scholars worldwide who have made proposals on ways to cooperate, practicable or impractical. Unfortunately, most of the proposals on fishery management are not feasible because of the inability of disputants to identify a geographic area for such “provisional arrangements of a practical nature” that would not negatively affect their sovereignty or sovereign rights claims and the final agreement on Exclusive Economic Zone (EEZ) delimitations in the SCS. This article is focused on how to overcome the above dilemma, particularly for fishery management cooperation in the SCS (related marine environmental protection or biodiversity conservation may also be included).

I. The fishery management cooperation is getting more urgent for the healthy ecosystem of the SCS.

It is unlikely that the territorial disputes or maritime delimitation disputes in the SCS could be settled in the foreseeable near future. The claimants’ policies are influenced by their respective nationalism and partisan political considerations. As such, it is challenging to prompt claimant governments to soften their positions or move forward on “provisional arrangements of a practical nature”, if cooperation proposals are related to sensitive issues, such as territorial or sovereign rights disputes. Although there is a legal obligation for SCS coastal states to cooperate under Article 123 of the United Nations Convention on the Law of the Sea (UNCLOS), the claimants have become used to the lack of a cooperative management regime to determine legal jurisdictions and enforcement arrangements in areas of overlapping claims in the SCS. This has had dire implications for the regional marine environment and sustainable development of fisheries; studies show that the fish stock in the SCS has already decreased by a third over the last 3 decades and the ocean species will deteriorate up to 59% by 2045 under a “business as usual” scenario.

It is very obvious that fishery management cooperation in the SCS is urgent according to scientific research, but the difficulty still lies in whether such cooperation can be politically friendly. The key is finding a form of cooperation which claimant state governments can justify to their citizens. Such cooperation has to be viewed as being without any prejudice to the country’s claims or interests.

II. Approaching the SCS holistically as a single ecosystem rather than designating specific areas of responsibility.

History has shown that it is not easy to comfort every claimant in relation to designating specific areas of national responsibility in the SCS, even on a basis of “provisional agreements”. For a very long time, the claimants have not reached a consensus on where areas of overlapping claims can be drawn. China’s territorial sovereignty and maritime rights and interests in the SCS have not be recognized by the claimant states, quite a few of which even welcome and accept the so called Award of 12 July 2016 of the Arbitral Tribunal in the South China Sea Arbitration. And China will disagree with the proposals that many Western scholars have suggested , that the SCS should be divided into provisional areas of national responsibility which roughly converges with the potential 200 nm EEZ measured from the main coasts of the claimant states (excluding the offshore features). Moreover, some proposals are related to the adjacent waters (20 or 12 nm) around those features, which scholars have suggested should be divided into areas of responsibility according to which claimant is occupying the feature, or established as Joint Management Zones cooperatively governed by claimants. The above proposals also face the problem that China regards the Nansha Islands as a whole, not as separate features. In addition, the adjacent waters around those features covers only a very small percentage of the SCS, whereas fishery management cooperation should aim to promote conservation measures for the SCS ecosystem as a whole. Fundamentally, entanglement in these issues will only lead the discussion or analysis to a dead end; it is obviously not wise to follow this approach.

The question we have to think about is why we should focus on the designation of areas firstly, instead of the fish stock itself which migrates according to marine environmental conditions without recognition of the boundaries delimited by humans or the human disputes over maritime delimitation in the SCS. Therefore, the core issue of fishery management cooperation in the SCS is not to designate areas of responsibility first, but to establish a multilateral joint scientific research team to conduct a fish stock assessment as soon as possible. The team may consist of scientists and relevant policy-makers from China and ASEAN member states, who can cooperate to share data or studies among themselves, and step by step figure out the maritime areas (giving fish migration route first priority) where fishery management cooperation is most needed from a purely scientific perspective. It is noteworthy that multilateral cooperation is not fitting for all areas in the SCS. For instance, bilateral cooperation between China and the Philippines may be appropriate in the waters around Huangyan Island, while multilateral cooperation is more needed in the southern part of the SCS. The claimants ought to understand that more participant states may be needed in some fields, such as combatting micro-plastic pollution which is a huge hazard not only to fish but also human, than others.

III. The fishery management cooperation should be de-politicized.

Considering the high complexity and sensitivity of disputes in the SCS, and that the above-mentioned fishery management cooperation areas may geographically overlap with the claimed maritime zones by the disputants, the related discussions are likely to be politically “risky”. Hence, the joint scientific research team should make a public statement that the cooperation aims to maintain sustainable development of fishery resources in the region which is in everyone’s interests, and shall not prejudice anyone’s claim. From a practical point of view, it is better to set no schedule for the team, and to adopt a “crossing the river by feeling for stones” and “good dishes require a longer cooking time” approach.

Further, it is easy to find that some foreign scholars, either out of inertial thinking or for specific purposes, often involve politically sensitive issues in their proposals on fishery management cooperation. For instance, the “militarization” issue is often raised by some western scholars, but it is actually irrelevant and can only impede progress on practical cooperation in fishery management. In addition, there are some proposals suggesting Taiwan authorities should take part in multilateral cooperation in the SCS. Such proposals are not helpful because of the possibility of undermining the “One-China policy”.

In conclusion, given current realities in the SCS, the main focus should be on promoting scientific cooperation around fishery management, not politicization. 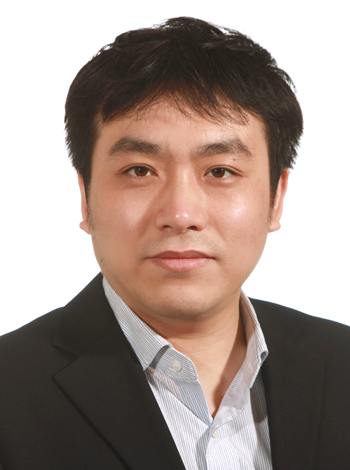 Dr. CAO Qun joined China Institute of International Studies (CIIS) in 2012. He is currently an Associate Senior Editor of China International Studies, and a researcher specialized in South China Sea issue, Sino-Japanese dispute over the Diaoyu Dao/Senkaku Islands, and ADIZ rules. His most recent books published in Chinese are as follows: The U.S. Air Defense Identification Zones: A Historical and Legal Study (Beijing: China Ocean Press, 2020) and A Study of the Russian Government’s Decision-making before the Russo-Japanese War: 1894-1904 (Beijing: China Society Press, 2015).